Economist calls for “step out of laziness” into genuine reform 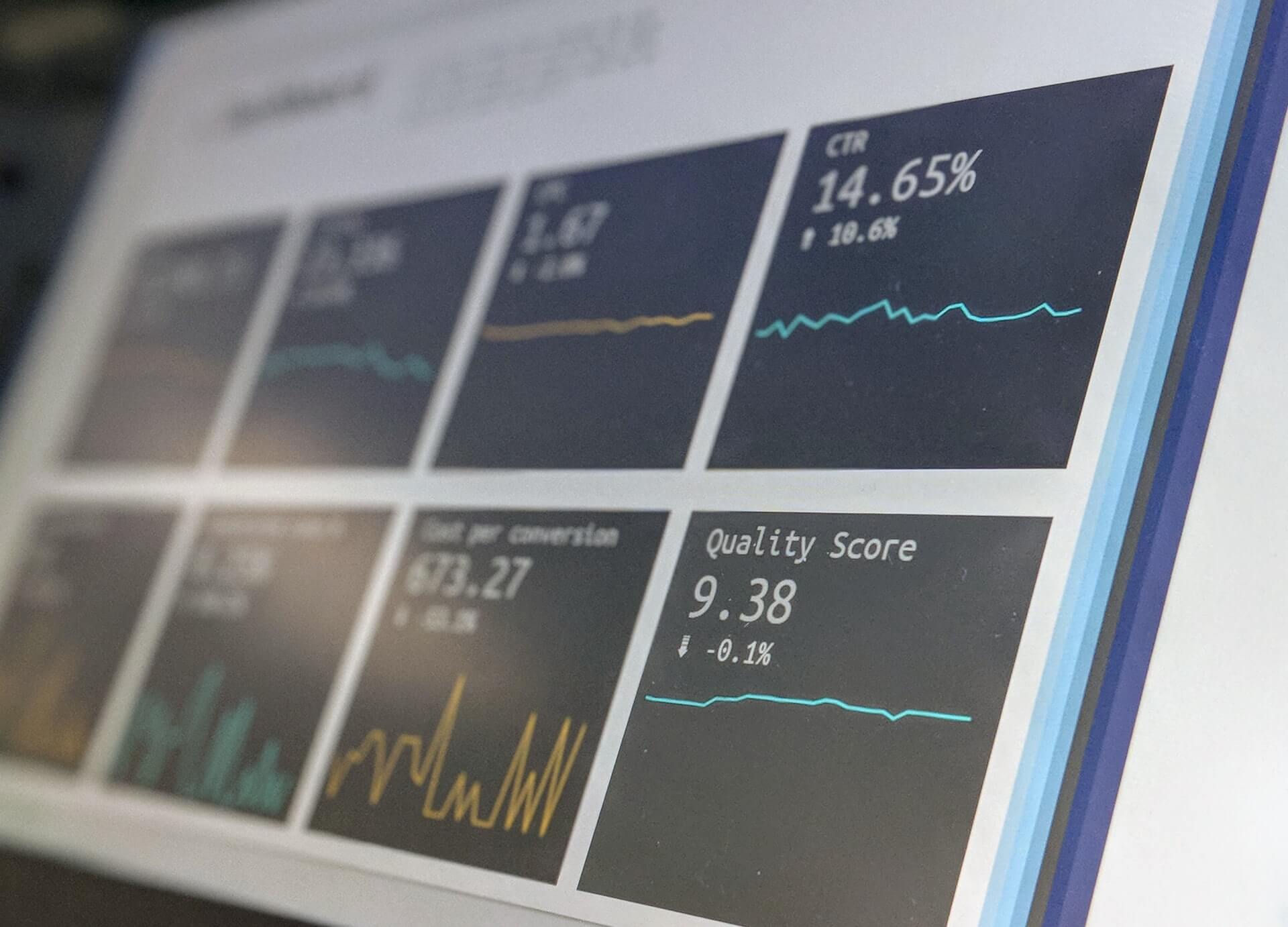 Economist calls for “step out of laziness” into genuine reform

Regardless of the rose-coloured glasses view of some, it will take something to step out of laziness and into genuine reform.

Are you a bit tired of COVID?  I am.  Thankfully around the world countries are slowly opening up, clinical trials for a vaccine, and for other drugs are either underway or about to get underway, with some positive early signs.  We’re not yet out of the woods, but we’re closer to the end than the start, and in terms of loss of life, even globally, the results are far better than worst case.

What then of the immediate economic future?  Movement creates economic activity and green shoots are already apparent – some shops are busier than ever, people want to visit friends and family, they want to go to the football.  The waiting list for elective surgery is not going to go away.  People will want to holiday – we can revisit that 1970’s mantra “See Australia First”.  As restrictions ease, we can initially expect a strong rebound, reflecting not only some normality in life, but also pent up demand.  You don’t have pent-up demand in a true recession – everyone is too broke.  The bigger problem, however, arises in the medium term.  In the face of uncertainty, companies will seek to protect their viability through increased efficiency and automation.  Company profits will likely surprise on the upside 18 months or two years out.  Employment is another story.

While the attitudes and objectives of the contemporary Chinese Communist Party are being deeply questioned, trade with China has generated massive revenue from coal and iron ore (read jobs and tax income), and for everything from microwaves to motor cars, falling prices.  This set against stagnant wages has masked increases in local government rates, electricity prices, and insurance premiums, and from first homeowners’ grants to child care subsidies to special purpose agencies, all sorts of wasteful government largesse.  We have ignored the role of productivity in improving living standards, preferring to embrace China and live off the fat of the land.  We have been lazy and now many will pay the price.

Trading on the reforms of the Hawke/Keating and early Howard governments, government and opposition have become lazy.  Two decades on, less than 50 per cent of the population are net tax payers.  Governments have ignored the role of productivity in improving welfare, preferring to rely on bracket creep, or simply shifting the tax burden to individuals they feel are traditionally unsupportive.  Some governments, the Andrew’s Government in Victoria being notable, have simply torn up taxpayer money ($900 million for example, to terminate a contract to build a road, only to have a similar the road built on a new alignment).  Now the same Government, more or less broke, is in the final stages of an agreement with the Chinese to fund Victorian infrastructure.

In a race to the bottom, governments kowtow to the pleading of special interest groups.  Rather than addressing the real causes of problems, they respond with hastily implemented, inefficient and conflicting legislation.  Much of it is open-ended, open to interpretation and drafted in such a way that the onus of proof is on the accused, not the accuser.  Failing in its aims, the answer is of course, more legislation.

Regulatory agencies like Austrac, ASIC and APRA through “self-reporting”, effectively outsource their responsibilities to the very organisations they are supposed to be overseeing.  They complain loudly when it goes wrong.  Some, ASIC and the ABC for example, have successfully exempted themselves from the impartiality of the Public Service, and are now free to make their own rules and pay staff “market rates” regardless of quality, and with the weakest of accountability.  Some are downright destructive – the Fair Work Commission and the Human Rights Commission to name two.

Aside from the NDIS there has been no farsighted fresh policy for years.  The Greens voted down an emissions trading scheme, which alone is reason enough to distrust them forever.  Labor sought to have retirees pay for everyone else.  It seems politicians have dropped people and policy for the sake of the party.  Many voters have done the same.

Universities have become degree factories focussed more on enforcing politically correct ideas than insisting on a disciplined search for truth and meaning.  There is next to no incentive to study hard, because a complaint to the fairness people will soon remove obstacles to learning and to growing up.  Individuals have become lazy because whinging is almost certain to bring reward.  There is no benefit in reading paperwork you are given or even to consider that something might be too good to be true, because according to ASIC, people cannot be expected to take any responsibility for their decisions.  Better to set up a cash box for complainants, run by yet another unaccountable agency.

Business has become lazy.  Many have off-shored critical inputs with little strategic thought.  Banks have not invested sufficiently in their complex IT systems (especially in their integration), and that is likely the single reason why they have found themselves in such trouble.  Hauled in front of the Royal Commission management should have complained loudly, bitterly and publicly about the infantile manner in which they were treated by Orr, Hodge and Hayne.  Appeasement was easier.

Unions, with pervasive political and (through superannuation) financial influence, protect existing members, at the expense of jobs and reap the rewards for their own bureaucracies.  Made lazy, they resist change and perpetuate a mantra that employees are never responsible, even when for example, they know they are sick, and should not turn up to work.

Given all that, what is the way forward?

Most importantly we need a universal wage or perhaps more accurately, a default income payment that means the minimum anyone between 23 and 60 can earn is $40,000 per annum.  I explained the rationale for this in my last column, suffice to say that implemented in the manner I proposed, the net cost of it is likely very low, and the benefits enormous.  Alongside that, the Fair Work Commission and its various offshoots need to be drastically reformed.  It has no place if people have genuine choice, underwritten by a minimum income of $40,000.

Government needs to say “no” to the special pleadings of interest groups, which invariably lead to self-serving diversion of public money, or ill-conceived additional legislation and rules.

Local industry needs heavy investment.  Australia’s island status imposes additional costs on everything we import and export, and for many items (but not toilet paper apparently), our population will not support competitive manufacturing.  We do however have an innovative and skilled workforce, and from pharmaceuticals to medical equipment to specialist heavy machinery there is absolutely no reason that we cannot have a robust manufacturing sector.  Even in the service sector, there is no reason that call centre and other service activities cannot be based in Australia – benefitting business and consumers alike.

Finally, a wholesale review and dismantling of the regulation, complaints and grievance industry is long overdue.  This includes class actions where unscrupulous legal firms snaffle tens of millions of dollars from shareholders (effectively blackmail, these are most often settled, because the hassle and negative publicity would be more damaging), and organisations like FASEA and AFCA, to which ASIC has outsourced core responsibilities.  There is no strong evidence that these organisations contribute to the betterment of society, and as with bank lending, which prior to the Wagu and Shiraz case, dried up, ambiguous wins are outweighed by negative and unintended consequences.

Regardless of the rose-coloured glasses view of some, it will take something to step out of laziness and into genuine reform.  Perhaps the firmest warning comes from NSW’s Berejiklian administration which says it understands the issues, but proposes setting up a new department to help business understand and comply with all the rules.